Biathlon World Championships Behind the Scenes

I finally made my way out of the teams’ area and into the spectator section. What a scene! Food stands advertising “Delicious Foods from Lapland,” small unattended camp fires surrounded by wooded planks on which fish are smoked, people of all shapes and sizes from Finland, Russia and all over Europe enjoying beers and biathlon.

The stadium usually fills up with fans several hours before the race starts. Yesterday fans and athletes alike enjoyed the Scandinavian sunset as the 6:15pm start time approached. The silver lining of being so far north that you have a low winter sun that takes forever to set, leaving you with lingering orange skies.

Behind the scenes, the athletes are warming up and ski wax technicians are making sure the athletes’ skis are going to be as fast as possible. Our team has eight athletes here and four wax techs. Most athletes have at least 8-10 pairs of skis but some have more. Some teams have designated 18-wheeler trucks that carry their equipment around to all of the World Cups.

The magic also happens at this one funny place that every biathlon World Cup, World Championships and Olympic venue has: the “Family Club”, also known as the “Upsilon”, or the “Y.” It is a cafeteria that serves free food to athletes and staff all day long. Can you believe it???

Here are a few more photos of other unexpected things you will find at every biathlon race:

And here’s something you don’t see at every race, but wish you could: MY BROTHER GRAHAM. He flew in all the way from NYC to cheer for me. My other brother, Guy, was scheduled to come on the same flight, but was not allowed to get on the plane because his passport expires in one month. (Apparently it needs to be valid for three months from your date of arrival in Finland.) BUT, nothing would stop him!!! He went to the NYC passport office the next morning at 7:30am and by 3:30pm had a new passport, and then sped to JFK in time for next flight to Helsinki. He is now here safe and sound. 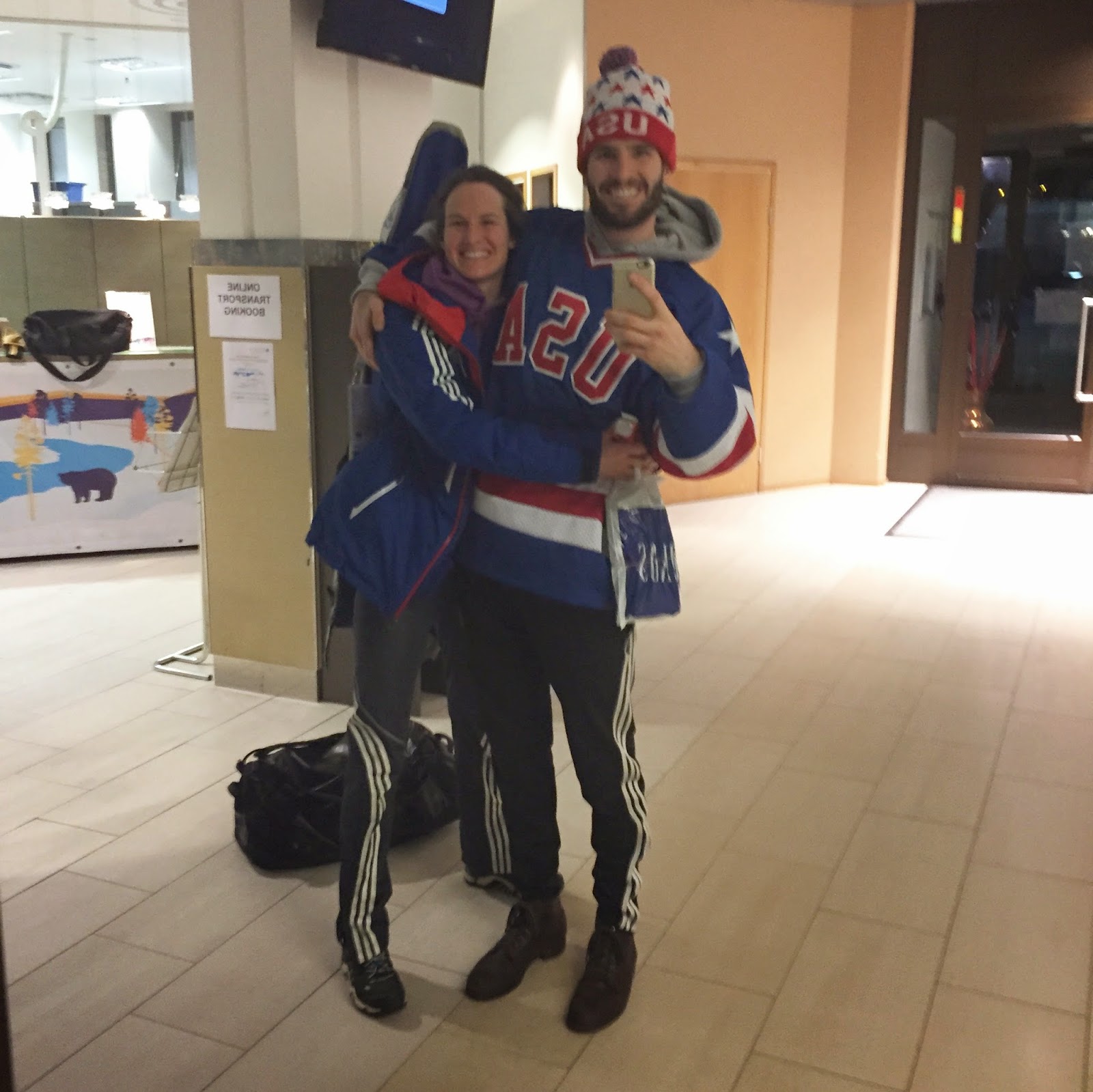