The US Ski Team camp plan has fallen into a predictable pattern over the past few years, returning to the same training locations at the same times of the year.  This year as a women’s team, we wanted to mix it up and add a new location for renewed inspiration. So while I absolutely love summertime in Craftsbury, I was excited to travel to a new location with my US Ski Team teammates.  The goal was a shorter intensity focused camp with quality hard interval workouts together in a positive team atmosphere.  Our normal camps also usually become overly busy with sponsor and media requirements, testing, and other meetings and events and we wanted an opportunity to focus solely on our training without this simultaneous busy schedule.  So what better way to tune out distractions than to drive a few hours into the woods of Washington, turn down a dirt driveway, and continue for a few more miles before establishing our training base camp in two little cabins on the in the Methow Valley.  The training plan had hard intervals every other day interspersed with longer distance sessions that included rollerskiing up the pass and long runs in the mountains.  It looked intense on paper but without super high volume and the with benefits of the quiet cabin life, it was easy to relax and embrace the training and the company of the team.  Soon we were rocketing through one workout after the next.  We stayed in some wonderful cabins in Mazama that were mostly free of internet and cell service (I say mostly because Jessie Diggins still had service and setup a hot spot for us all so we weren’t quite offline).  Pete Dickinson, a PT who travels with the team in the winter, is the dad of Craftsbury Summer Training Group athlete Kelsey Dickinson, and lives nearby, set up a table on our porch for an outdoor PT and massage studio.  And our coaches, Matt Whitcomb and Tim Baucom, kept the fridges full of food and the training plan full of excitement.  Besides Sadie Bjornsen, who grew up a few miles from where we were staying, this was the first time spending any time in the Methow for the rest of us so we had a blast exploring new trails and roads and I’m already looking forward to another visit there!  If you haven’t been to the Methow Valley before, I would urge you to make a visit!  From the Dolomitesque spires of the mountain peaks to the crystal clear and freezing cold rivers and the countless miles of trails in between, it is a sunny outdoor playground!

After an awesome camp, I headed back to Craftsbury which despite being nearly 3000 miles away, is surprisingly similar to the Methow Valley.  It’s a little greener due to a fair amount more rain and the mountains are not quite as high nor the lakes and streams as cold.  But all the trails, lakes, and quiet roads are perfect for summer training and adventures.  The spotty cell service tunes out a lot of real world chatter.  And most importantly, we have an awesome group of skiers and biathletes working hard together.  I’m looking forward to a solid block of training at home over the next month and a half!

CNSC Past and Present

Being home for a significant portion of the summer this year has allowed me to be involved in coaching with the junior practices which is very fun for me and a blast from the past to return to my junior days with the club and see the enthusiasm and drive of these kids as they train hard and have fun.  It is also impressive to see how the club has grown over the years and to see the momentum which our tiny little ski club from 20 years ago has now gained!

Last weekend I was helping junior coaches Anna and Jake with a rollerski practice.  I arrived at the Center a little before practice started and the parking lot was full of cars as everyone was here for Masters training, Junior Practice, yoga, mountain biking, and all of the other summer offerings.  When I walked into the clubhouse, Anna was going a mile a minute outfitting everyone with rollerskis and poles while simultaneously throwing out reminders for sunscreen, helmets, snacks, and water.  We had two vans ready to load up, taking kids to two different locations depending on their rollerski experience level.  With over a dozen kids already there and more arriving, I made a comment about it being a big showing for practice but Anna looked kind of confused with my statement and replied that actually that a lot of people couldn’t make it on that day.  This was even more shocking to me as I was already blown away by the size of the group.  Things sure had come a long way from the days when there were only a few of us at workouts and we would load up the back of Pepa’s black Camaro and  race down the road towards North Craftsbury Road or East Albany with Bulgarian music blasting.  Back in those days the club consisted of a handful of families with dedicated parents and kids of similar ages and was led under the very watchful eye of Pepa who had recently arrived in the United States from Bulgaria.  We had practices at the Center a few times a week which consisted of rollerskiing on the Creek Road in East Albany and the North Craftsbury Road, lots of running intervals around Lemon’s Haunt and Race Loop, rowing and swimming in the lake, sweaty circuits in the little rooms in the basement of Cedar which are now used as the TV room and Pepa’s testing lab, jumps up the hill followed by pushups to exhaustion, and a variety of other weekend hikes and group family adventures.  The rest of the time Pepa gave us a training plan which we viewed as ridiculously hard and just assumed it was a joke which was impossible to actually complete.  But despite Pepa’s craziness, spending time training with my CNSC teammates was often the highlight of my summer and developed friendships as well as a love for being active and outside which I still cherish today.

Being part of the club today constantly reminds me of my time as a Craftsbury junior and BKL athlete and also amazes me with how much the club has grown and flourished!  The kids are still out training hard and doing many of the same workouts that we used to do.  They unfortunately cannot buy Biggy Iggy ice cream sandwiches and Doritos in the Touring Center after practice but now they have a whole clubhouse to themselves after the addition of the new Touring Center.  The ski trails all have same names but now there is access to homologated loops with snow-making in the winter time and so many more kilometers of singletrack to escape onto in the summer.  In addition to Pepa’s coaching there are a three junior coaches, a masters coach, and GRP athletes helping out.  Every week there are 10-12 separate training sessions going on as well as two BKL day camps, and several overnight junior camps.  It makes me incredibly proud to see the success of CNSC skiers in the winter as well as the energy and excitement which buzzes around the Outdoor Center throughout the year!
Here are a bunch of photos from CNSC from the past and the present.

The US Ski Team coaches set a goal of 100 hours on snow for this summer training season and after just one of our four camps, I am well on the way to achieving that goal!  While rollerskiing uses similar muscles, the technique, balance, and speed on snow are slightly different so the extra time spent actually skiing will hopefully make a difference this upcoming winter.  Thanks to a big winter of snowfall in the Cascade Mountains, we were able to once again start the training year with a camp in Bend, Oregon.  There was plenty of snow and probably close to 20 kilometers of trails open and we saw a big variety in conditions from frozen corduroy to new falling snow to deep, soft, slush.  This camp had a big volume focus with several hours of skiing each morning at Mt. Bachelor and then afternoons spent mountain biking, running, and hitting the gym in town.  We trained over four hours most days with some days hitting five to six hours!  The US biathlon team was training in Bend at the same time so it was fun to ski some laps with Susan and Clare.

Not every session involved drills, skills, or technique work and the best part of the volume camp was having the opportunity to just go out and ski, and sometimes off piste  We took advantage of some perfect snow conditions one day to cruise across the crust, through higher alpine meadows and up into the bowl on Broken Top mountain.  The almost four hour adventure was an absolute blast with great views!

Halfway through the camp, we took a break from the ski trails to join elite track and field athletes and alpine skiers also training in Bend for a Fast and Female event.  Bend has a couple great junior programs and it was fun to meet so many enthusiastic young athletes!

And while I love the opportunity to ski in May, my secret favorite part of Bend camp is probably the mountain biking!  The trails are fast and flowy which is nice break from all the rocks and roots in the East.  My aunt Laurie and uncle Bruce live in Bend so I spent a few extra days with them before and after the training camp and had a blast exploring some other trails and sights in the area.

After the camp it was back to Craftsbury where summer training is in full swing for the GRP.  The heat and humidity was a shock at first for me after the dry western weather but I’m getting my sweat on and loving every moment!  Thanks for reading! 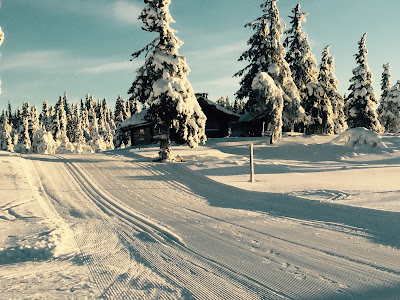 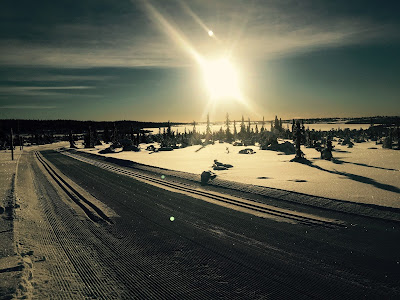 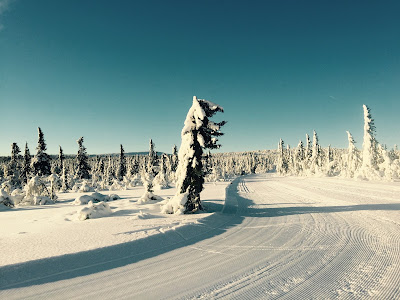 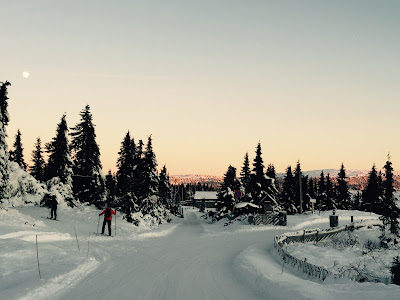 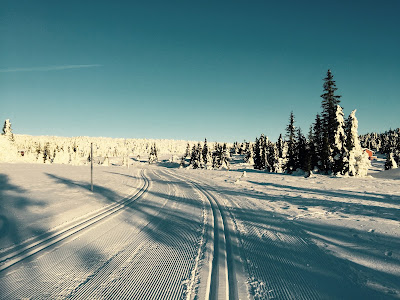 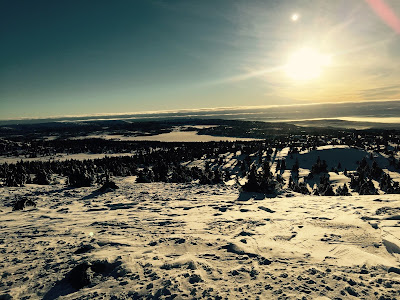 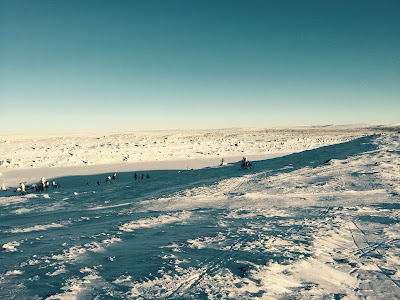 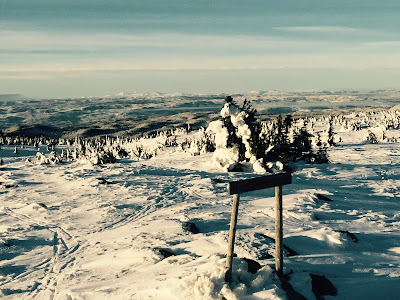 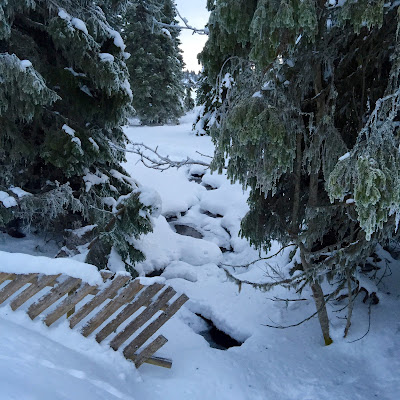 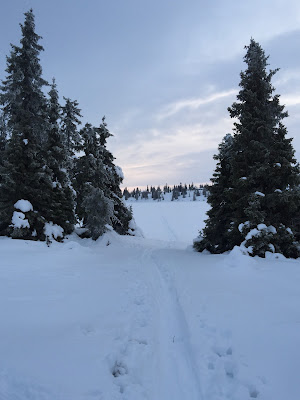 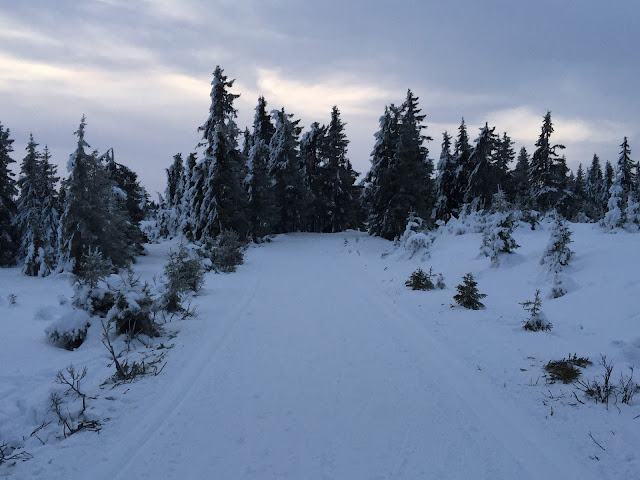 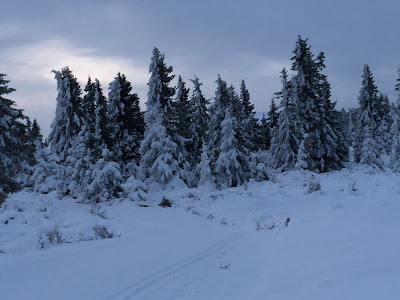 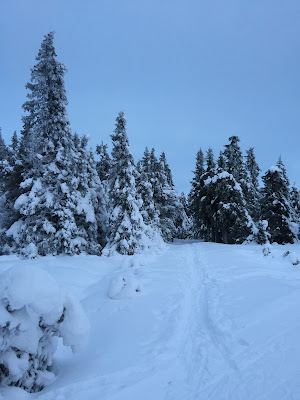 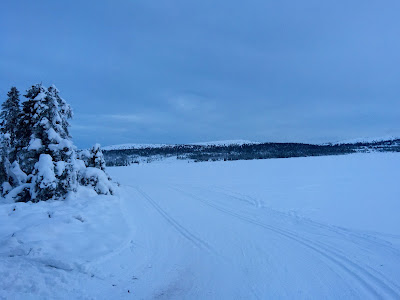 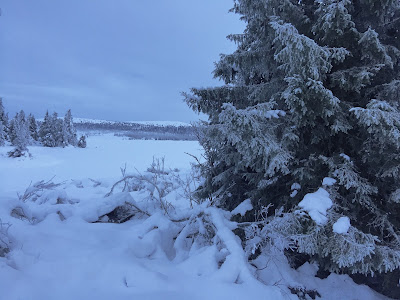 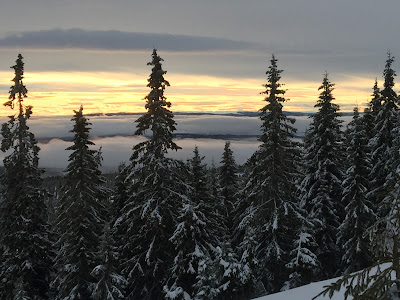